During trainings in LibreOffice Writer, that we give at customers offices or in the LibreOffice-Trainingcenter, a standard part is how to handle AutoCorrect. As long as people don't know what happens, AutoCorrect is a source of annoyance and errors. Once they've learned how it works, this changes drastically.

Recently during a training for a regional office if the Dutch Refugee Council there was attention for the example "aanrijken" that is replaced by "aanreiken" through the AutoCorrect function.
(Since we know AutoCorrect is language dependent, it's time for a little help in this English version of the original Dutch blogpost.
The correct word "aanreiken" means: hand over, give something to someone else. The wrong word "aanrijken" has the part "rijk" what means rich. So, now back to the plot of the story ;) )
During the training I gave the next, free, explanation for the example: we see enough of the 'aanrijken': people, places where there already is a lot, the opportunities to grow that 'prosperity' are, be it knowingly or not, seldom left untouched.. Now how wonderful would it be if that behavior, that habit so often, is replaced more and more by 'aanreiken': giving, sharing. Beautiful though so short after Christmas, don't you think? 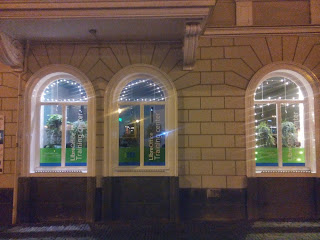 Thinking of the new year, I have added the following AutoCorrect: "2014" replaced by "2014-closed" and "2015" replaced by "2015-open". You see...
In the new year we at Nou&Off will be again acting in the front line of open source, at the route to more freedom in choice for also your IT applications.
I wish you all a blessed, successful and happy "2015-open"!
Gepost door Cor & OfficeBuzz op 04:24 Geen opmerkingen: